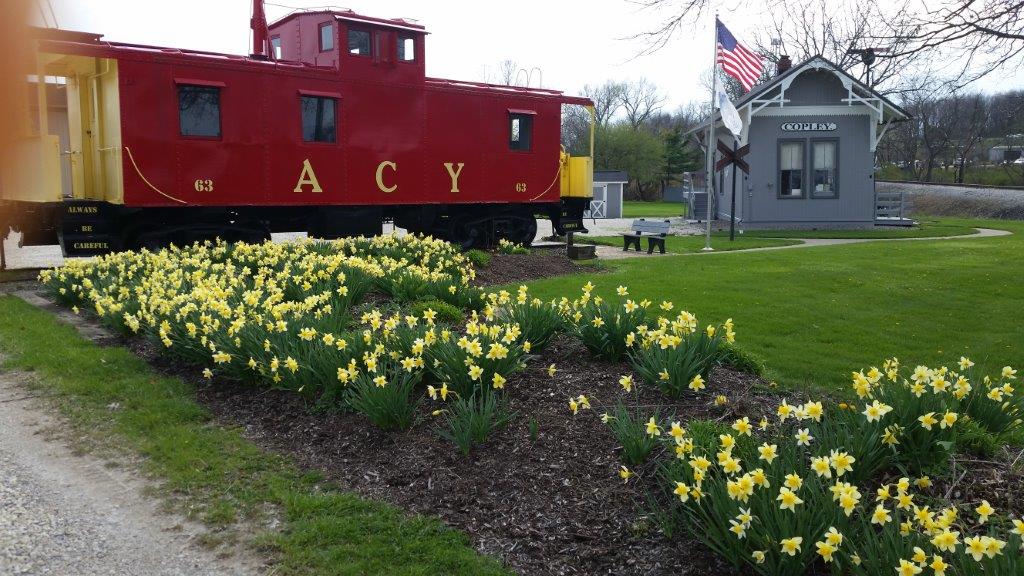 The Depot was built in 1891 by the Pittsburgh, Akron, and Western Railroad and is a marvelous example of Stick/Eastlake architectural style of the Late Victorian Era. It was placed on the Federal Register of Historic Places in 2001.

Alongside the Historic Depot sits the AC&Y Caboose. It was built in 1947 by the International Railway Car Company, Buffalo, New York, and is one of only six believed to still remain from that production year. In 1984 the caboose was slated for retirement but when the Copley Historical Society found out they asked AC&Y if they could have it and AC&Y graciously gifted it to them.

The depot and caboose are open on the second Saturday of the month April thru October from 1 - 4 p.m. or by appointment during those months. Class tours are welcome.